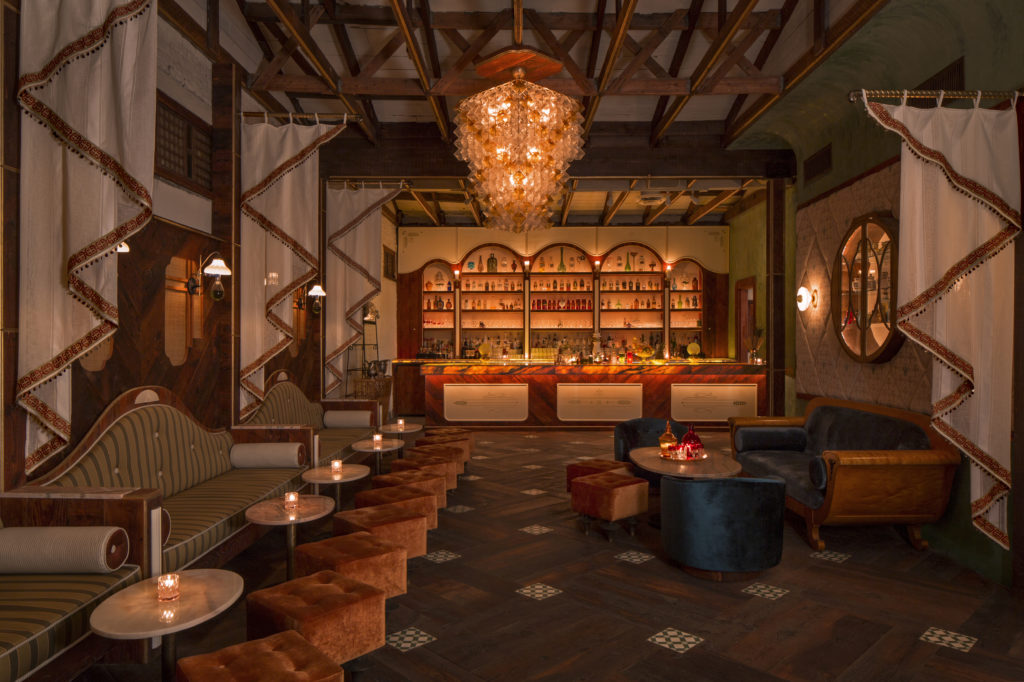 Riding the health and mixology waves, the stylish spot started in Manhattan and expanded into LA.  (photos courtesy of Apotheke)

When Apotheke opened inside a former opium den in New York City’s Chinatown in 2008, the mixology spot instantly became the It bar in town—a dozen years later it’s still on top, with an LA location having opened in 2018. Famous for its apothecary-inspired elixirs, the bar is unique in its stance that cocktails can promote health, and ingredients like kale, aloe vera, and beets back up the claim. As the bar awaits the release of Apotheke: Modern Medicinal Cocktails (Harper Design, $37.50) next month, we chatted with founder and designer Christopher Tierney about his latest discoveries, his go-to drink, and what makes the idea of the apothecary so appealing. Why do you think the concept of the apothecary holds so much allure?

The apothecary has deep roots—literally. It has been a source of medicine and mysticism dating back thousands of years. Plant science and botanical medicine have been on the rise with the growing consumer consciousness of health and organics, and this is exactly what the apothecary is, and thus it has become a timeless treasure.

The idea of medicinal mixology was revolutionary when you launched. What inspired your interest?

By 2005, mixology was starting to really take shape in “speakeasy” style bars serving crafted cocktails with quality spirits and ingredients. Adding the depth and inspiration of the art of the apothecary really took the concept of mixology to another level. Apothekers have always used high-proof alcohol to extract valued nutrients from botanicals. At Apotheke, the concept was inherent to the roots of the apothecary, and we translated this practice into modern medicinal mixology, where the muddler has become the modern day mortar and pestle.

What new discovery or trend are you most excited about right now?

We’re experimenting with medicinal tea blends as a part of our spirit infusions and served straight. We also are launching APO BITTERS with BENEFITS—proprietary herbal supplements that are formulated with seven powerful botanicals to provide both a directed nutritional function and flavor profile.  They’re on our website.

You have locations on both coasts now. What makes the LA cocktail scene different from NY? New York always seems to be the first stop for all things trending and heritage. The density of NYC and competition drives its greatness. Although different, we find that Apotheke customers appreciate the unique mixology we offer the same on both coasts.

What would you recommend as a great starter cocktail for readers new to the idea of medicinal mixology?

The Kale in Comparison takes the widely known super-green and shows how it can be transformed into a very nutritional and very delicious cocktail.

Nuvem de Terra. It’s a bourbon-rum cocktail loaded with antioxidants from blackberry-açai puree and ginger spice and uses the APO Immunity Bitters, which is fitting in the current climate.